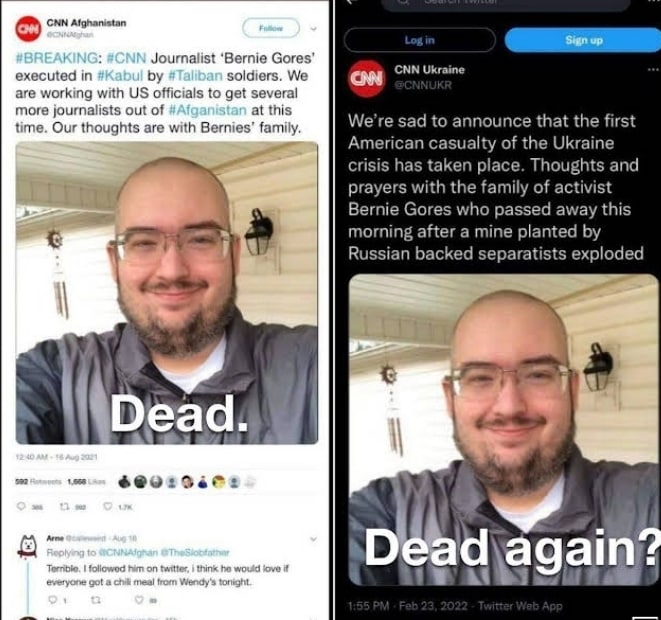 >> [5.13.22 update]
A pro-Ukrainian account just posted a picture of Tim Curry from Command and Conquer Red Alert and claimed that he was a Russian general that was KIA 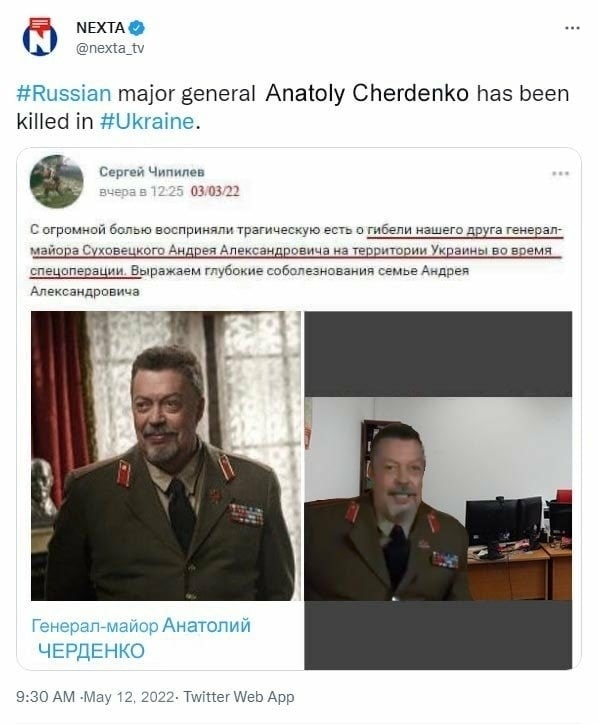 >> [3.19.22 update]
Zelenskyy’s former spokeswoman tweeted exhausted 'Ukrainian firefighters'. Reality: They were Australian firefighters from 2019.
She has since removed her tweet. 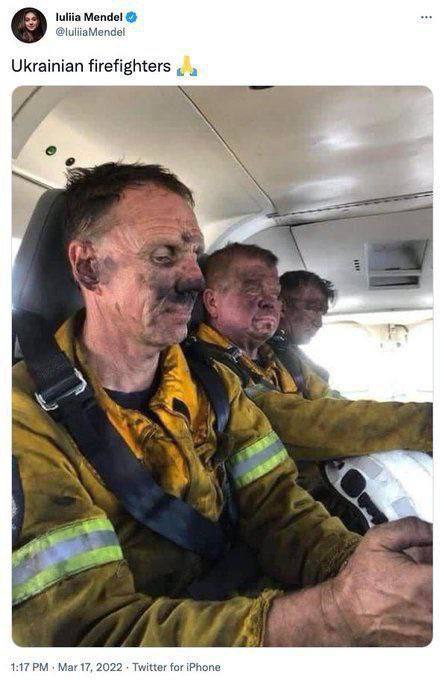 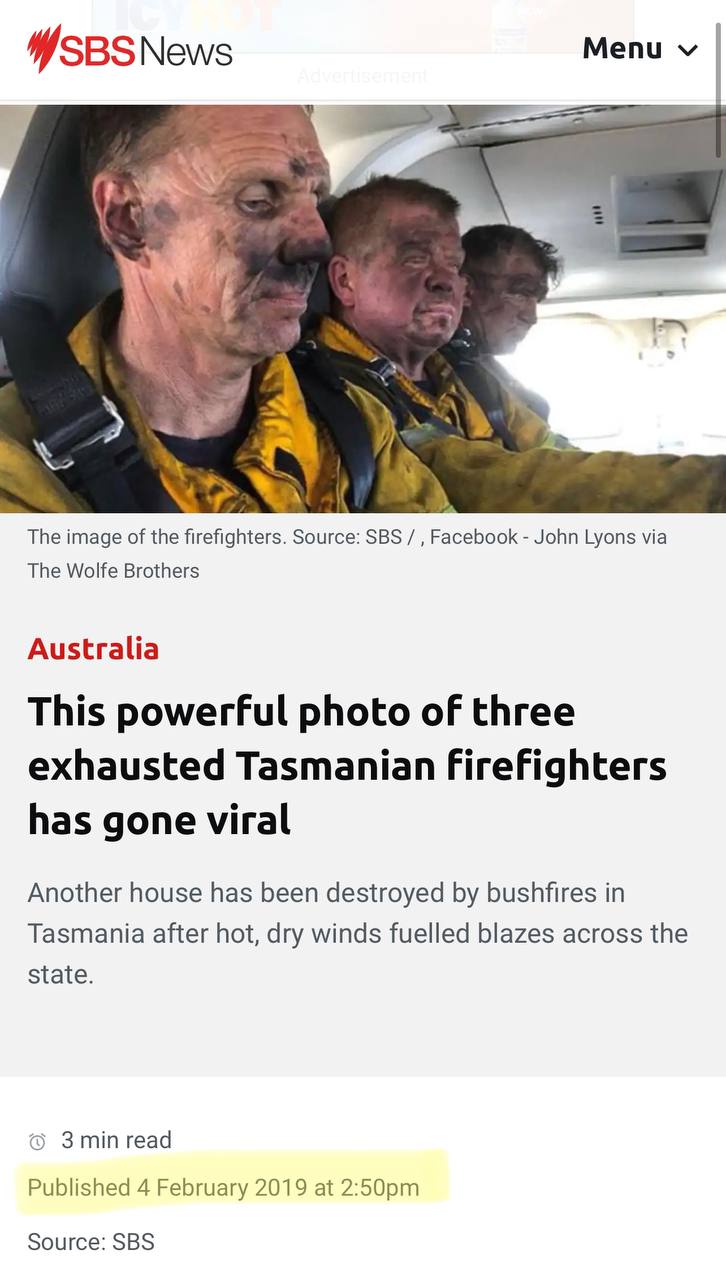 >>
'Ukraine' explosion 2022 vs Lebanon explosion 2020
CBS report on Beirut from August 5, 2020
https://www.youtube.com/watch?v=8qjnywF39Jw
https://rumble.com/vxtogj-ukraine-2022-vs-lebanon-2020.html
>>
Ukraine Fake News admission..
https://rumble.com/vxhub5--fake-news-is-now-admitting-to-ukraine-fake-news.html
>>
Ukraine’s Defense Ministry posted fake video as air battle
Widely circulated video game footage, fact-checked by Reuters as ‘miscaptioned’, appeared on the ministry’s verified account
Ukraine’s Defense Ministry posted fake video as air battle.
The verified Twitter page of the Ukrainian Defense Ministry published video game footage on February 25 claiming to show a Ukrainian fighter jet shooting down a Russian plane. On Saturday, Reuters fact-checked the widely shared fake video as ‘miscaptioned’.
The ministry’s tweet was still up at the time of publication. The 15-second video is accompanied by the caption, “What is this Ukrainian ace doing?” The Defense Ministry’s account describes it as a MiG-29 fighter jet destroying a Russian Su-35 jet with a missile.
https://www.rt.com/russia/550694-ukraine-defense-ministry-fake
Tweet has since been flagged.
>>
Posted 2.24.22, originally from 4.9.21
>>
Collage of old news, being reported as recent Ukraine news
>>
Newsmax using images from 2015 as current 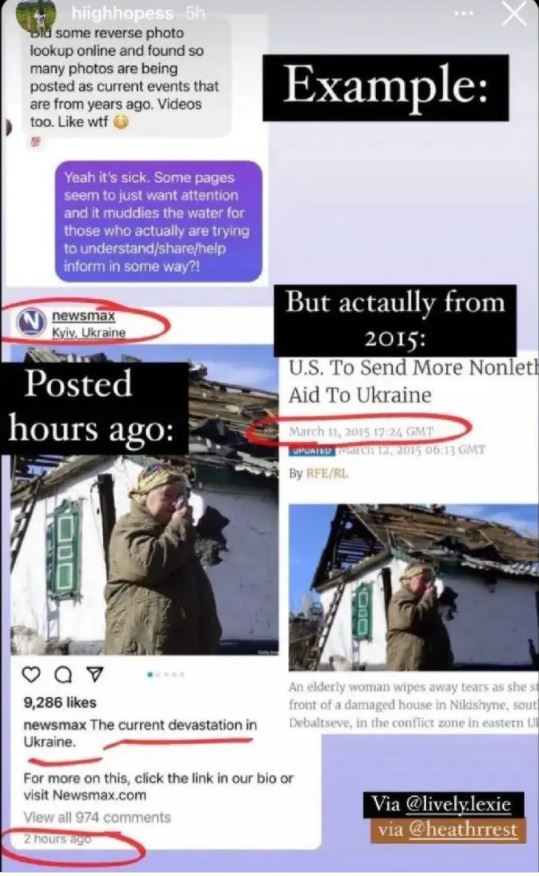 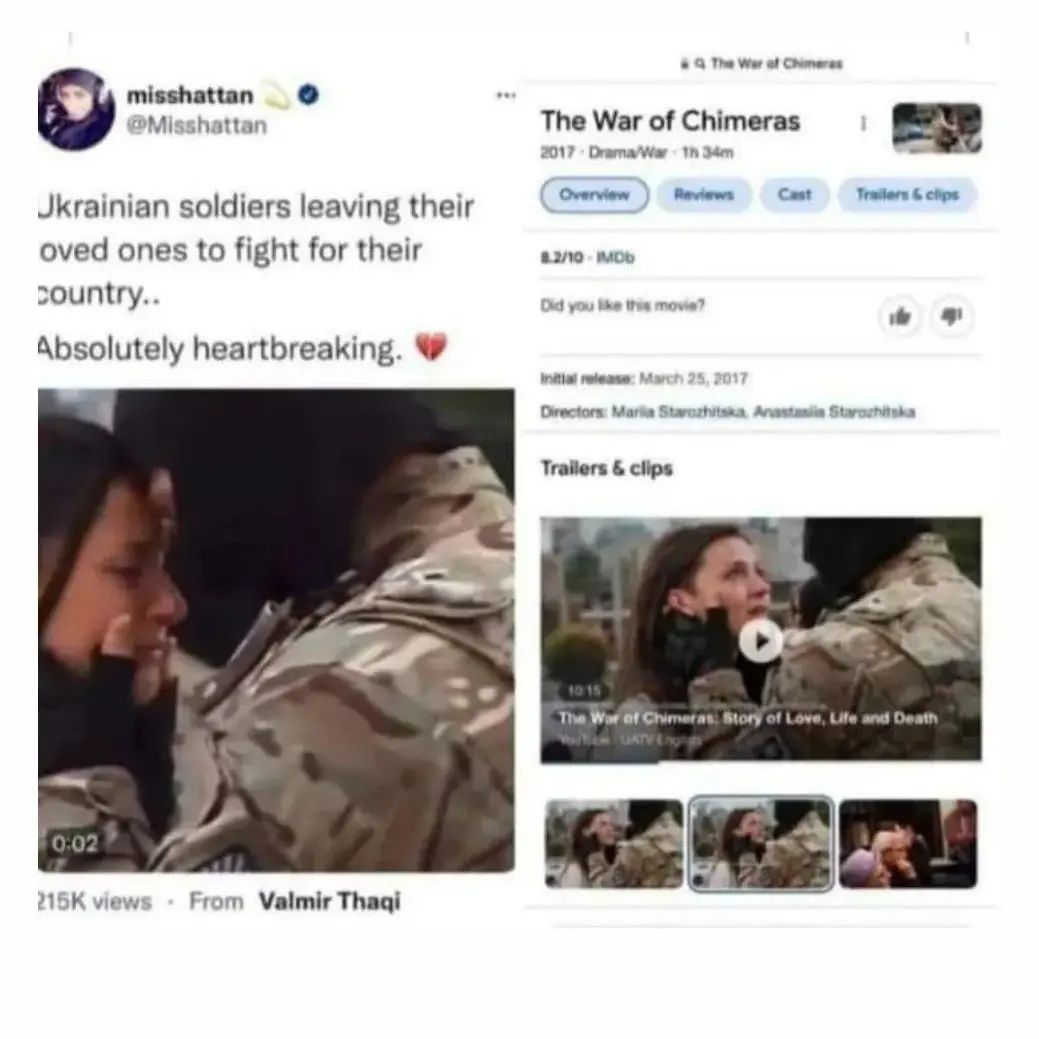 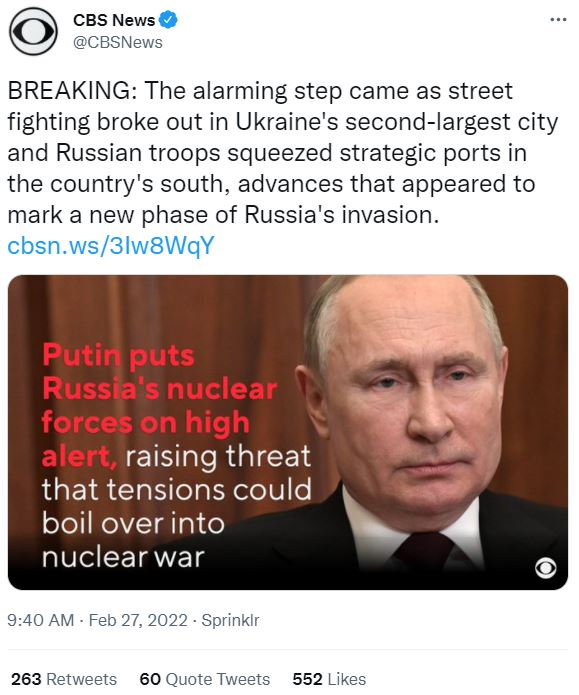 >>
Sky News & CNN aired this interview with Ukraine's former president Poroshenko (who has been indicted for treason, btw). Watch:
>>
News from the "front lines" doesn't usually have tourist activity in the background.  oops! 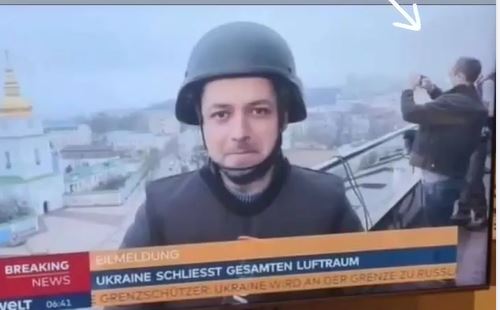 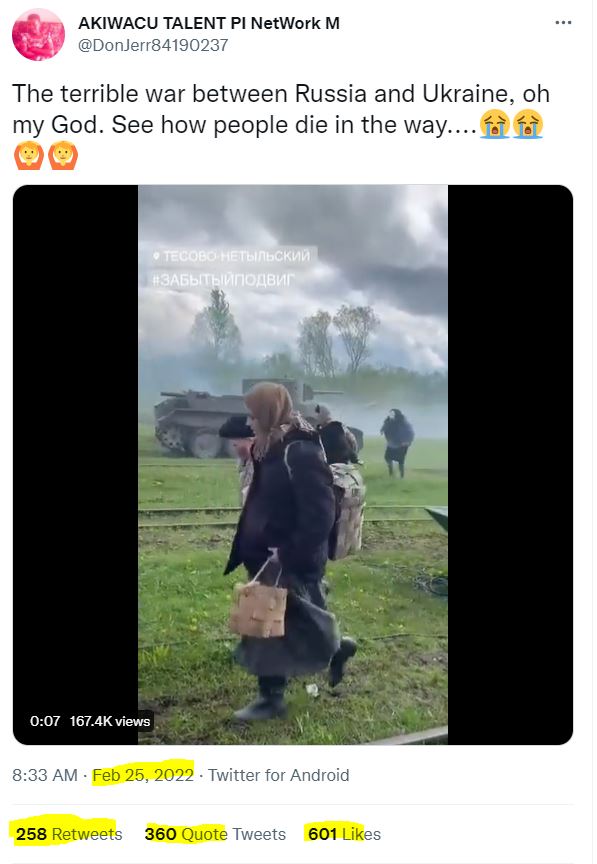 >>
Crisis Actors & Stock Photos
This woman was a 2018 gas leak explosion "victim".
All the msm does, is lie. There's an agenda, and they'll do whatever it takes to convince you to go along with it.
#enemyofthepeople
Here's what I found regarding her claims in this video:
https://news.yahoo.com/ukraine-crisis-woman-bloodied-face-082740955.html
https://newyorkct.com/2022/02/27/ukraine-teacher-olena-kurilo-begs-putin-to-stop-war/
https://www.investmentwatchblog.com/busted-media-in-ukraine-caught-using-the-same-crisis-actor-from-2018-who-survived-a-gas-explosion-now-she-survives-missile-attack/
>> Follow-
https://rumble.com/c/uncensoredstorm
https://facebook.com/uncensoredstorm
If you'd like to support this site, please consider a cup of coffee, [US] Merch, or ShopAF from 'America First' Small Businesses
*Thank you*
Previous Post
Next Post