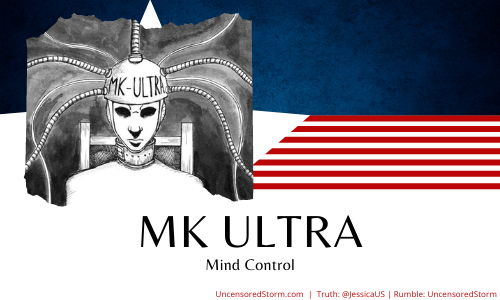 MK-Ultra was/is a top-secret CIA project in which the agency conducted hundreds of clandestine experiments—sometimes on unwitting U.S. citizens—to assess the potential use of LSD and other drugs for mind control, information gathering and psychological torture. Though Project MK-Ultra lasted from 1953 until about 1973, details of the illicit program didn’t become public until 1975, during a congressional investigation into widespread illegal CIA activities within the United States and around the world.

The Cold War and Project MK-Ultra

In the 1950s and 1960s—the height of the Cold War—the United States government feared that Soviet, Chinese and North Korean agents were using mind control to brainwash U.S. prisoners of war in Korea.

In response, Allan Dulles, director of the Central Intelligence Agency (CIA), approved Project MK-Ultra in 1953. The covert operation aimed to develop techniques that could be used against Soviet bloc enemies to control human behavior with drugs and other psychological manipulators.

The program involved more than 150 human experiments involving psychedelic drugs, paralytics and electroshock therapy. Sometimes the test subjects knew they were participating in a study—but at other times, they had no idea, even when the hallucinogens started taking effect.

Many of the tests were conducted at universities, hospitals or prisons in the United States and Canada. Most of these took place between 1953 and 1964, but it’s not clear how many people were involved in the tests—the agency kept notoriously poor records and destroyed most MK-Ultra documents when the program was officially halted in 1973.

Battle for the American Mind

Decades of 'Science' Are All About Control

Credit: We The Media | Rumble Link