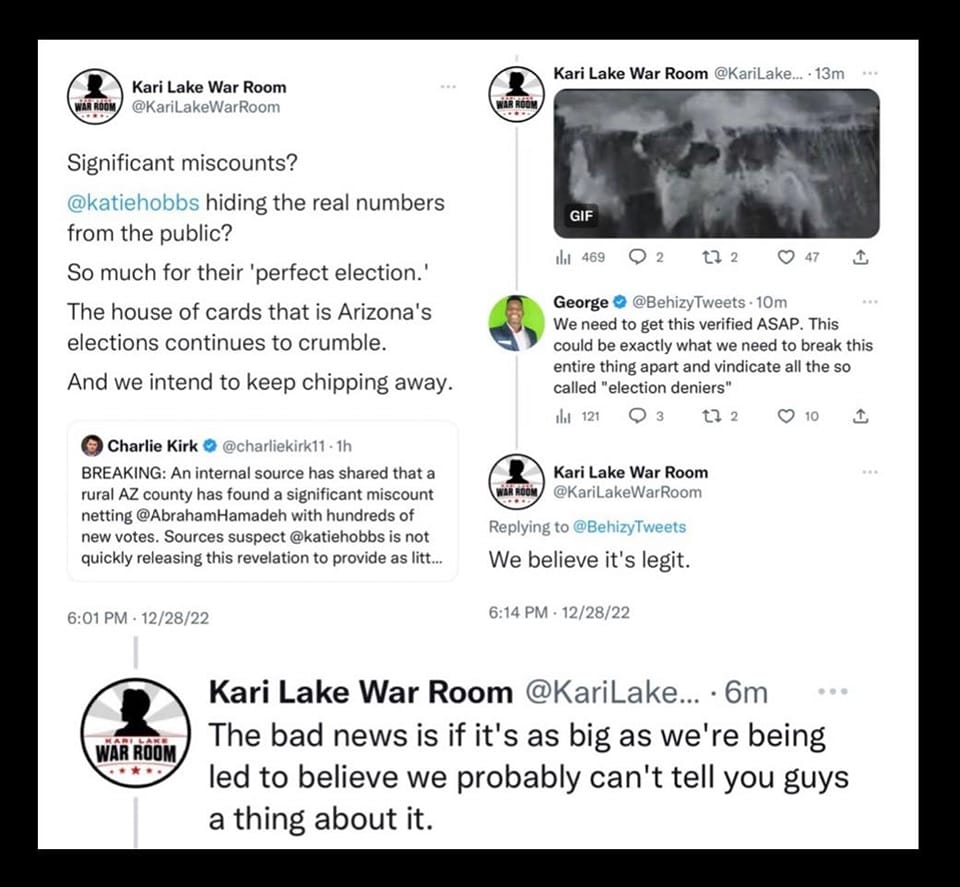 [12.20.22 Update]  LAKE V HOBBS
Badlands Media Live Coverage - Kari Lake's Election Lawsuit
Rumble Link- https://rumble.com/v21qvhw-badlands-media-live-coverage-kari-lakes-election-lawsuit.html
[12.16.22 Update]  LAKE V HOBBS
Kari Lake has a legitimate chance to be the first domino in fixing and truly exposing our broken and rigged election systems. She hasn't wavered in her commitment to fight for We the People.
We are with you Kari Lake.
A ruling has been issued in the Kari Lake v Katie Hobbs case allowing for the inspection of Maricopa County ballots with certain provisions.  (One provision is that the order will be vacated if the motion to dismiss the case is granted.) The hearing on the motion to dismiss is scheduled for Monday the 19th.
If the motion to dismiss is not granted, a two day evidentiary hearing is scheduled for December 21st and 22nd. 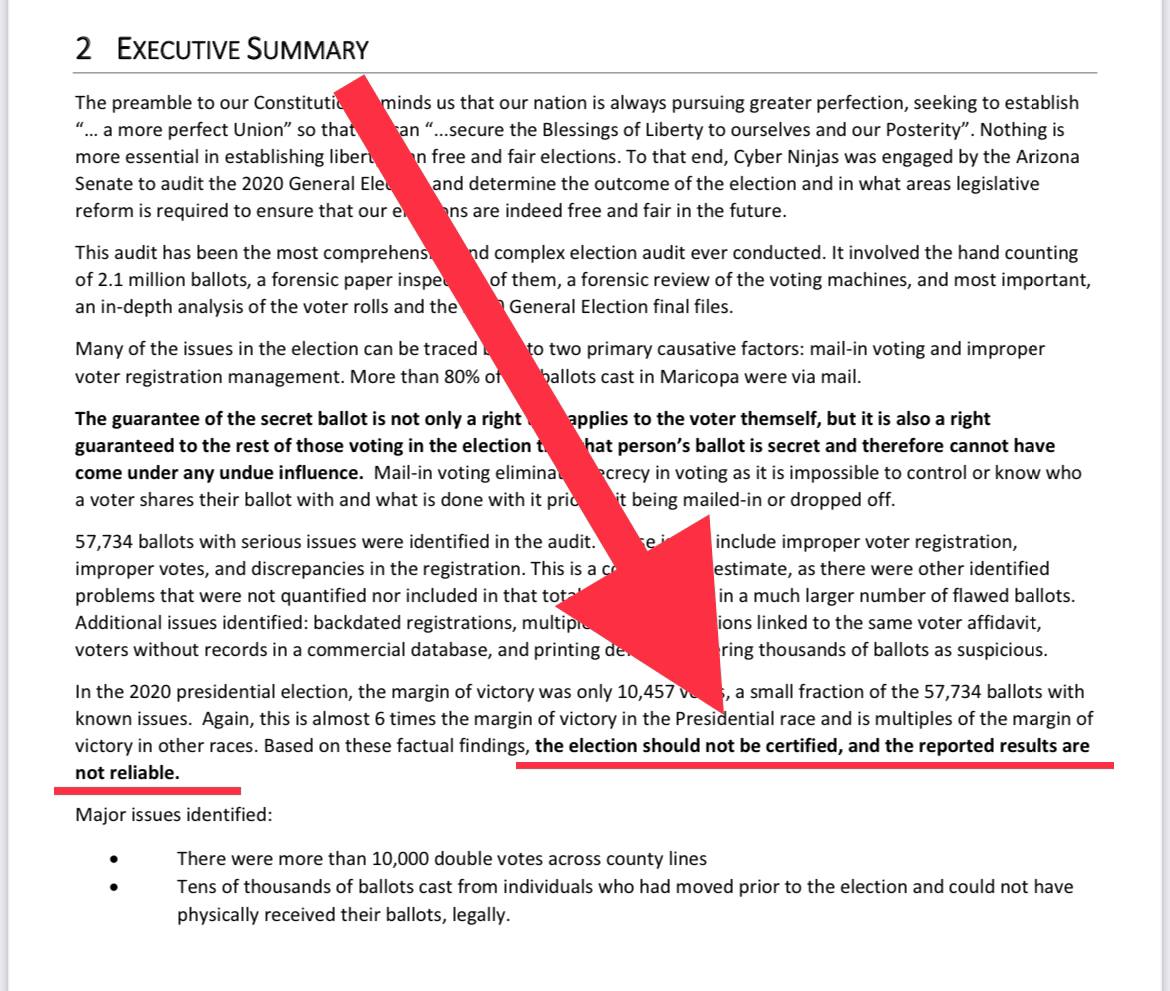 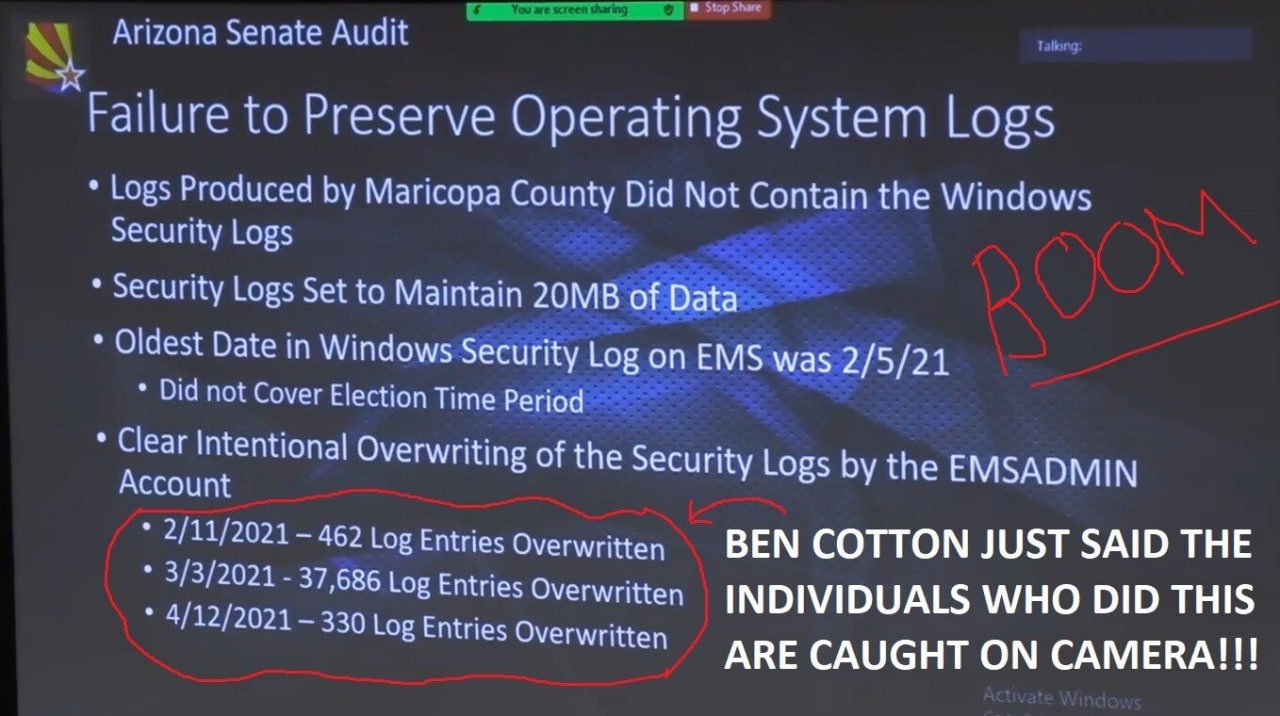 *The full forensic audit report has been referred to the Arizona Attorney General Mark Brnovich for further action.* 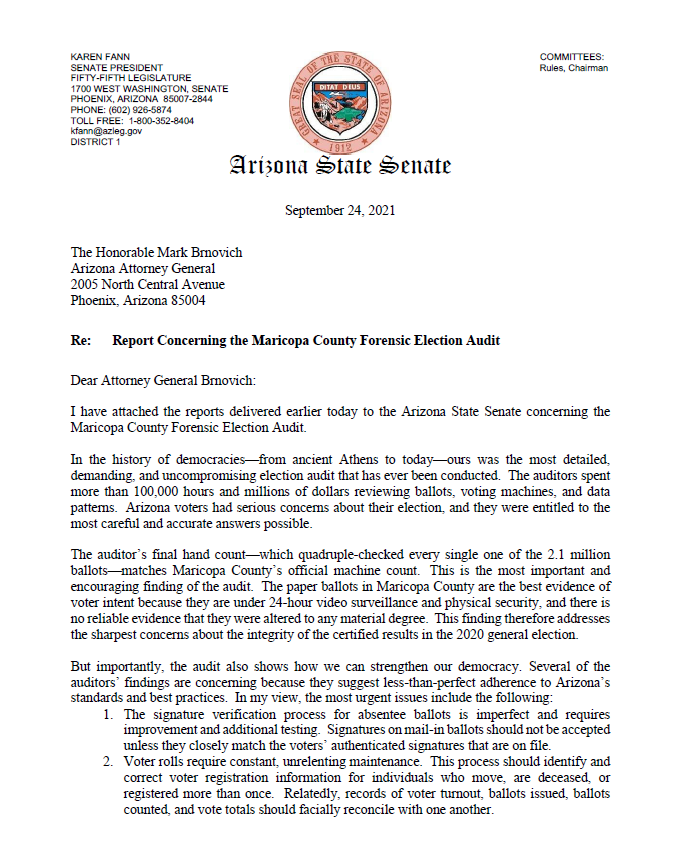 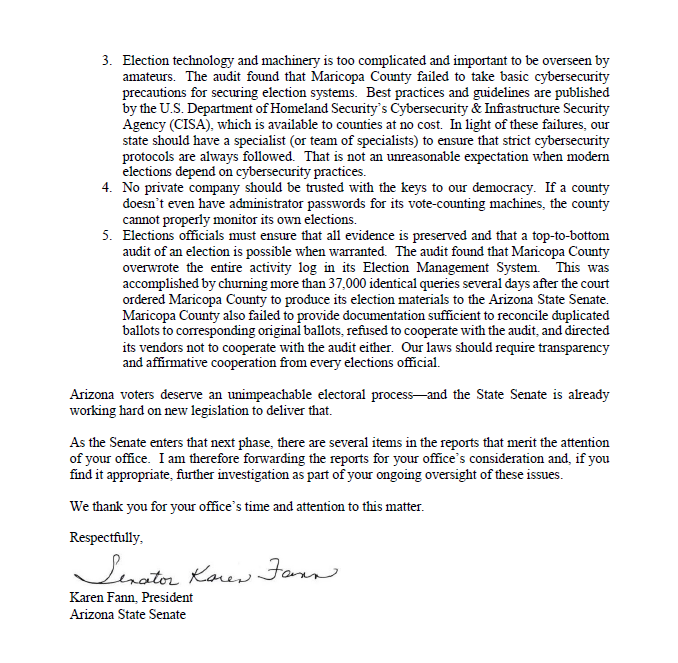 >>Senator Kelly Townsend Reacts to the Arizona Audit Report
"... we must both nullify that election.... move forward with indictments..." 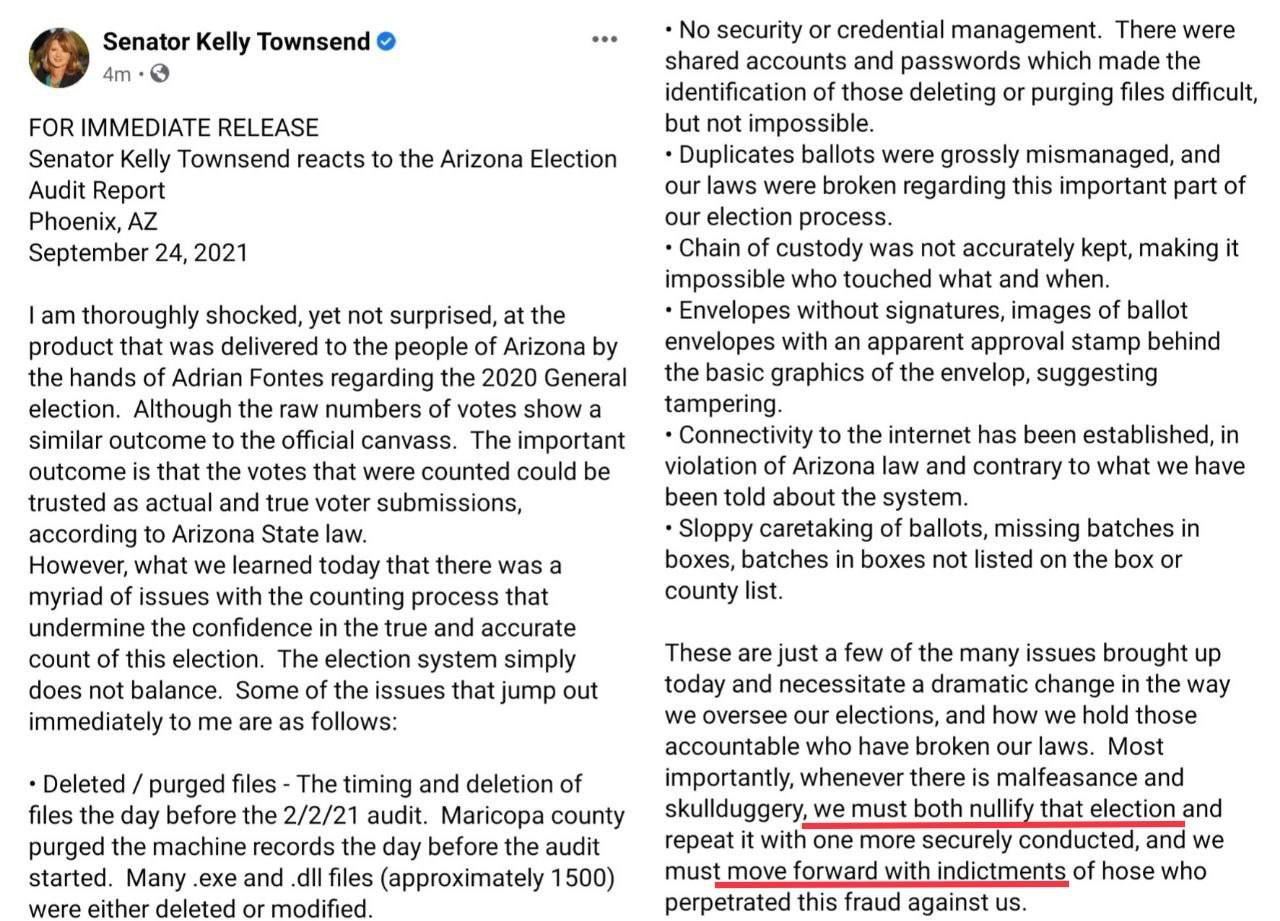 >>Senator Wendy Rogers called on the U.S. Congress to convene and choose the rightful winner of the 2020 General Election by means of one vote per state
"41 Legislators from multiple states write a letter to the American People calling for a 50-state audit decertification where appropriate, and possible convening of the U.S. House of Representatives"
https://twitter.com/WendyRogersAZ/status/1441558413637468160 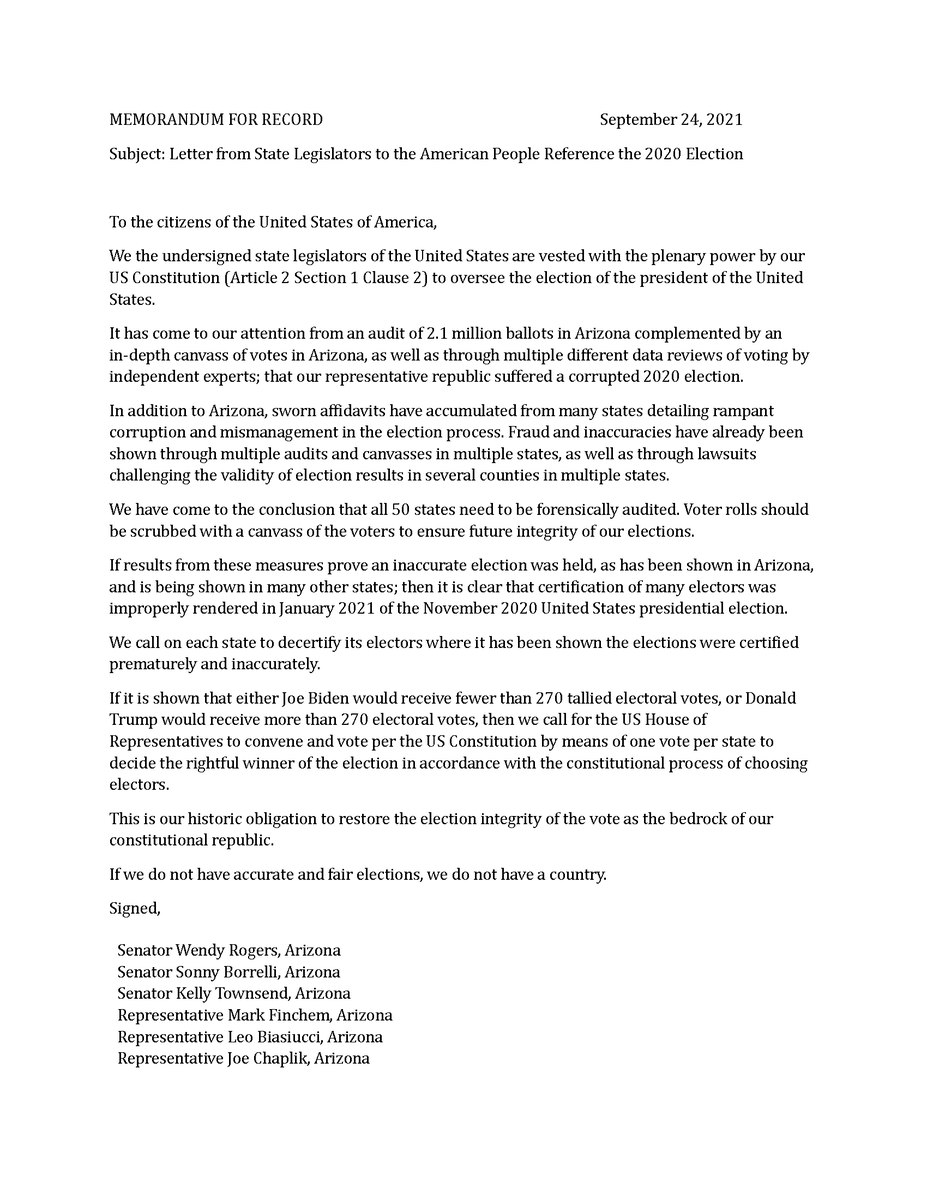 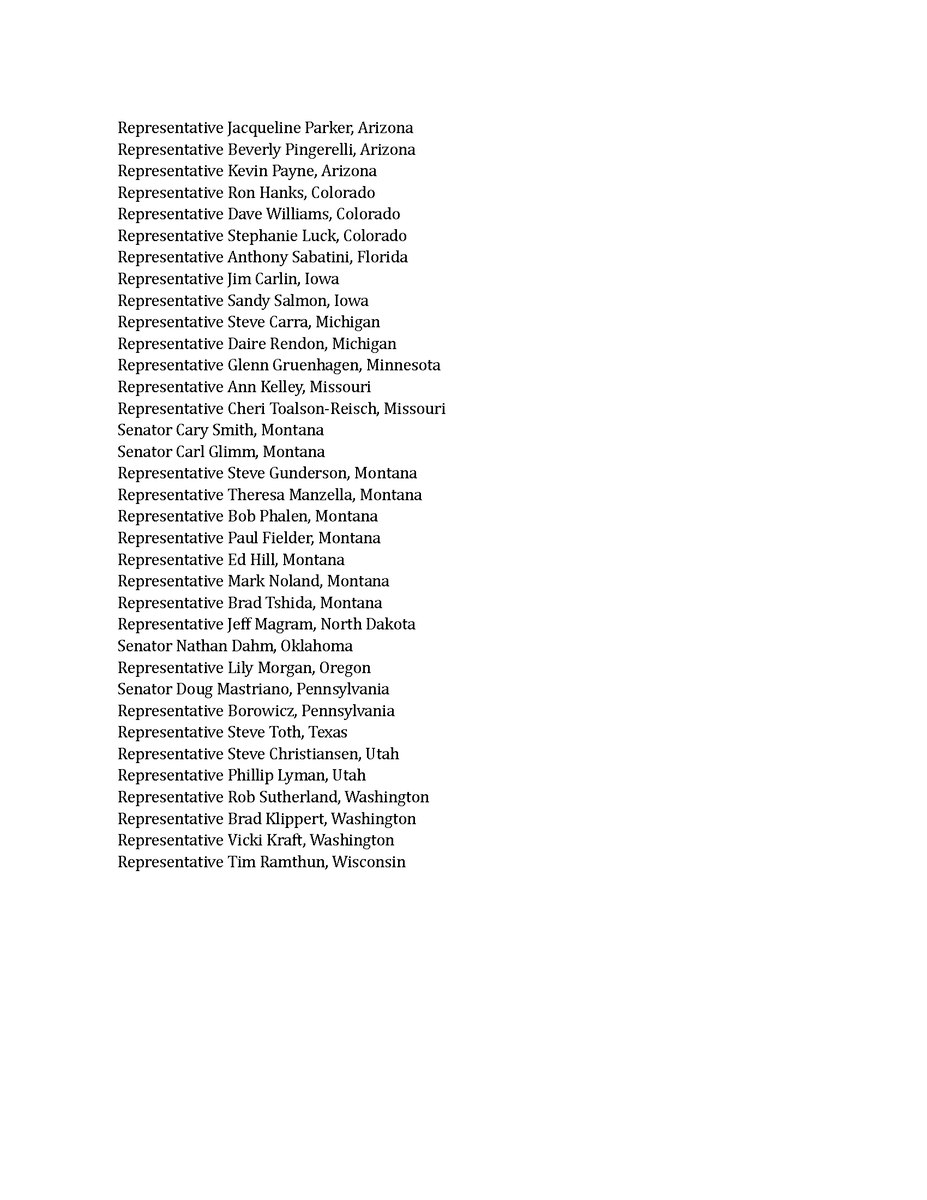 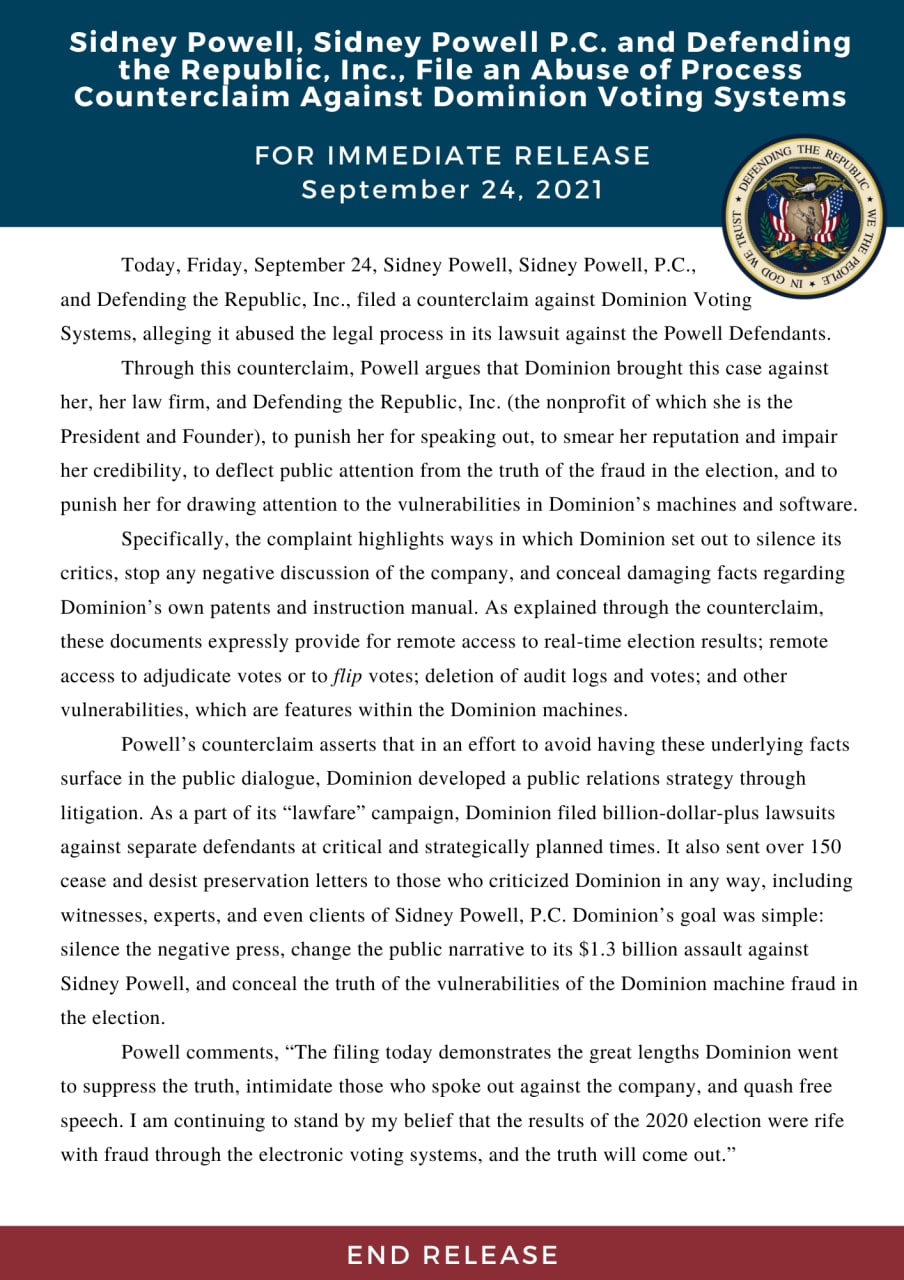 Click Here for the Cyber Ninjas' FULL draft report.
Don't let the talking heads tell you what's in it, see for yourself.  ;)
Here's a peak at what you'll be seeing in the report: 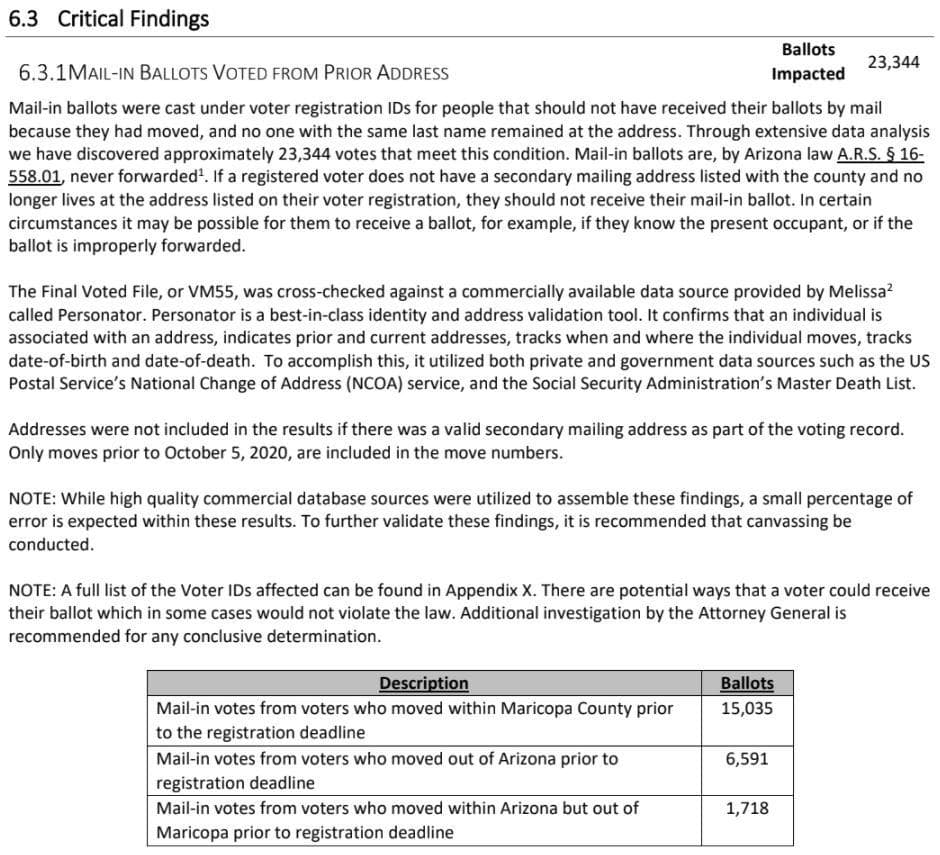 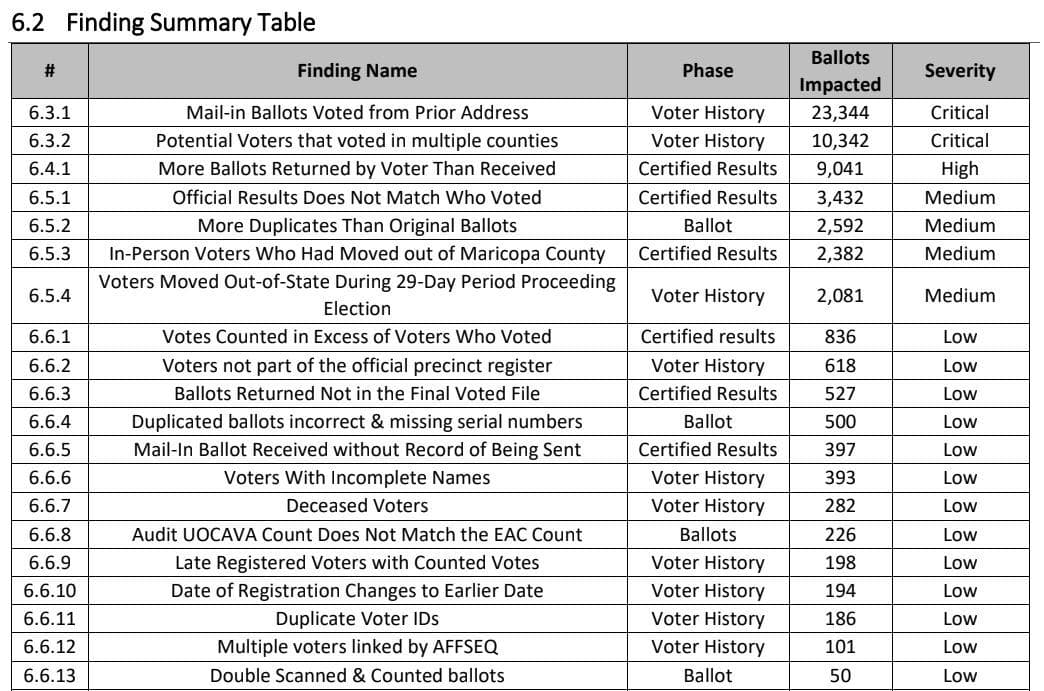